I believe that one of our most important and challenging functions as a leader is decision making and the accountability and responsibility that goes with making those decisions. Decision making is not easy. There are risks associated with nearly every decision we make, be it in our work or life in general and these risks can be confusing, stressful, frightening and even paralysing. In the military we spend a lot of our time on decision making.

The decisions we make not only affect outcomes they can impact life and death and often we don’t have much time to make them.

So, I want to tell you about one of the toughest decisions I had to make during my military career. I was serving as a peacekeeper with the United Nations in Lebanon during the 2006 Israel – Lebanon War.  Having sustained many near misses at my tiny UN post, Patrol Base Khiam, I was tasked to command a convoy of two UN armoured personnel carriers and 16 Indian and Ghanaian infantry soldiers from Khiam to our UN headquarters in the coastal town of Tyre. At the last minute I was also given the responsibility of navigation of the convoy.

The transit from Khiam to Tyre would normally take about 2 hours to complete, but we were now in a warzone, and all the roads that could get me to Tyre paralleled the border where the fighting was most intense. Israel was pushing into Southern Lebanon and the battle along the border region of the two countries was ferocious. Because of this, it took me over 2 days to get my convoy through, with near misses from bombs and rockets from both sides of the war.

I had spent two days desperately trying to find a road that hadn’t been bombed and would allow me to reach the headquarters. Having exhausted all the roads on my UN provided map with no success, I was able to gain directions from a Lebanese Police Officer to cut through a banana plantation using a dirt road that wasn’t marked on my UN map… the only problem was normally we wouldn’t use dirt roads due to the risk of land mines in Southern Lebanon. But this was not a normal situation and I decided it was a risk worth taking.

The dirt road did get me to the northern outskirts of the city of Tyre, HQ was located on the southern side of the city. I just had to get the convoy through the city itself so we could reach the relative safety of a UN compound during the war. That was until I received information from my headquarters that Israel was about to hit the city with the largest airstrike of the war. Bad news yes, but it got worse. The road I was on was due to be targeted by the Israeli fighter jets. Fighter jets that were already in the air, inbound on their bombing runs and I was told to expect to see bombs exploding around us at any moment.

So, have you ever had a tough day in the office? Well this was shaping up to be a tough day now for me, and I was having to make some very significant decisions.  High risk decisions and I was the commander of this convoy which meant I was making decisions that I knew would not only impact my life, but would directly impact on the lives of the 16 soldiers I was responsible for. This made my decision, risk and responsibility process just that little bit harder to go through.

Now, having mentally gone through my processes as quickly as I could I assessed my options, I really only had 2… turn around and return to Khiam or keep pushing on for the headquarters in Tyre.  Tyre was by far the better of these two choices, but in the back of my mind I knew that regardless of the destination and decision I went with, so long as I could demonstrate a logical, rational thought process in arriving at my decision, then I would have the full backing and support of my hierarchy.

Now I think this is a very important point for leaders in organisations which are wanting their people to manage risk. If we don’t give them our full support they will become risk adverse, afraid of making the wrong call and will constantly push all the decisions higher up which creates time delays and a lot of frustration. If we want to avoid that process, it’s up to us as leaders to create a culture in our businesses that fully support and empowers our people in the decision-making process. We must help them manage risk so they can be decisive.  If we can, our people feel more effective and are able to take action, which in turn, makes our organisations more responsive and nimble, rather than choked with time delays when it comes to making decisions and taking action.

In Lebanon, I used a decision-making tool that I have developed and found to be effective in both split-second decisions as well as longer term decision processes. A process that can assist in arriving at the right decision. In brief my decision making tool involves assessing the pros and cons of each option at hand.  Then reviewing each of the following aspects to the decision: your training, skills, previous experiences, gut instinct or intuition, other support available, the time you have to make this decision, which will in-turn determine how much advice or input you can obtain from your superiors and team.

Thankfully my decision in Lebanon to push on for the headquarters turned out to be the right call, we eventually arrived at the UN compound and survived the journey. It was the right decision even though I arrived with my back broken in 5 places, and internal injuries after being thrown into the bullet proof windscreen of my armoured vehicle while it was making those evasive maneuvers.

I was severely injured, but although my injuries were so severe my military career was over, I would be medically retired from the Army, at least I was alive. Something I and the people I was leading may not have been, had I made the other call to return to Khiam… because tragically the base we would have returned to was destroyed by fighter jets days later, killing all peacekeepers manning the base, my team mates – my friends.

It wasn’t easy. Leadership seldom is. But remember you must create a culture that empowers people to be able to make decisions.  In the Army we need our soldiers to be decisive.  We have a saying that “Corporals, not Generals, run the Army” and this is because Corporals are the first level of leaders in the Army, they are on the ‘front line’ leading the private soldiers.  The Generals are responsible for the strategic level thinking and planning, but the power to act needs to come right down to the soldiers carrying out the commands.  For this to happen, in the Army we were able to push down decision making to the lower ranks, but the responsibility and accountability for those decisions still remain with the higher levels of command.  This means you need to have trust in your people, and also ensure they are equipped, resourced and skilled enough to make these decisions as you as a leader also share the responsibility.

It’s a different way of decision making from what I’ve experienced in the corporate sector and worth exploring to see if it would improve the way your business operates. Imagine if in your workplace that decisions could be pushed down which would make processes quicker, but accountability to customers and shareholders would remain at the leadership level.  Its something worth thinking about and exploring in every industry.

So now to your workbook, where you can have the opportunity to work through the decision making tool. It’s a good one which works for both quick and longer term decisions and I hope you practice it and find it as powerful as it has been for me in making some of the toughest decisions I have ever faced.

One of our most important and challenging functions as a leader is decision making and the accountability and responsibility that goes with making those decisions. Decisions – be they intuitive and made in the time it takes to blink or considered, require a framework. This module describes one I used over a two-hour drive that took two days, with near misses from bombs and rockets from both sides of the war.

Few things can help an individual more than to place responsibility on him, and to let him know that you trust him 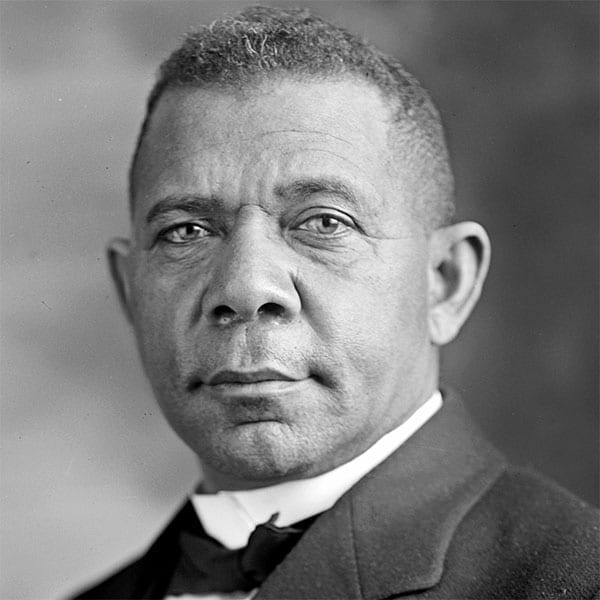 Booker T. Washington
(Educator, author and advisor to presidents of the United States)

Reflecting On The Video

Creating A Culture of Pushing Decisions Down the Chain

Bonus Challenge: Encouragement To Get Diverse

This feature is only available in the paid version.

The paid version will give you the following benefits: